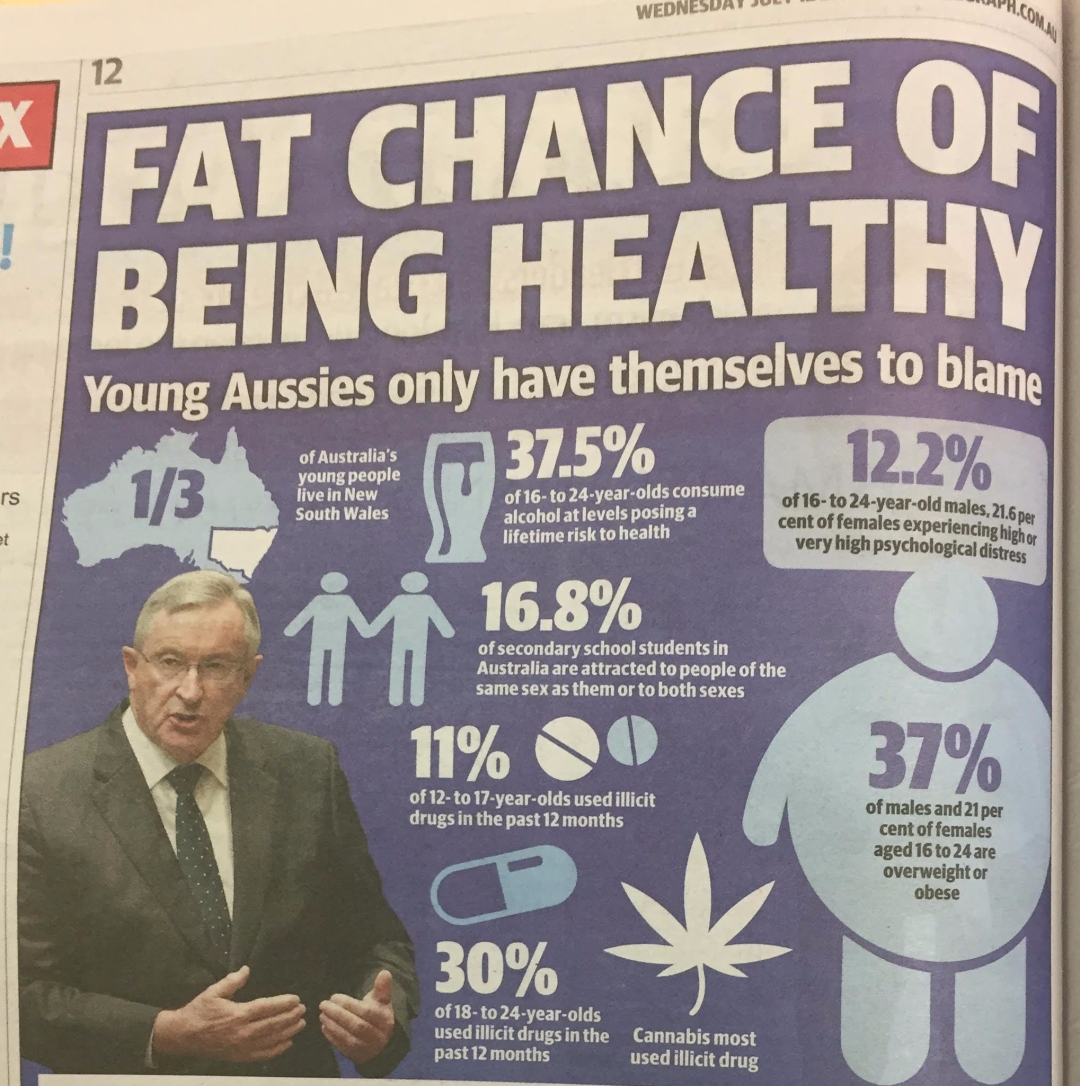 The Australian LGBTI Media Centre has expressed its concern over a graphic published in today’s edition of the Daily Telegraph that has, inadvertently or otherwise, described same-sex attraction as a health concern.

The percentage of school students who identified as being attracted to the same sex or multiple genders was taken from a New South Wales government policy statement on the health of young people in the state.

It was placed in a graphic among other statistics about other genuine health concerns like alcohol abuse, drug use and obesity in young people for an article page 12 on the July 12 edition of that newspaper.

“There’s two possibilities here,” said Media Centre Director Andre Charadia. “At best, the Telegraph has been really sloppy in the way it’s put this graphic together. Another statistic represented in the graphic was one third of Australia’s young people live in NSW. Clearly that is not a health concern.”

“It’s understandable that many in the LGBTIQ community are outraged that such an insinuation could be made. Our community is still regularly labelled by anti-LGBTIQ activists and extremists as mentally ill and ‘inherently disordered’, and as living ‘unhealthy lifestyles’,” he said.

Many of the world’s peak medical and psychological bodies removed being lesbian, gay and bisexual as a mental illness in the 1970s. While LGBTIQ people face some serious mental and physical health challenges compared to other Australians, these are more often than not as a result of factors like bullying and discrimination, and lack of access to health services.

“We’ve contacted the Daily Telegraph to clarify what was intended,” said Charadia. “It’s up to them to either clear up the confusion, or apologise for spreading a debunked narrative about our community’s health.”

View all posts by Andre Charadia